https://www.cypherbillboard.com/fakers
1-16 December 2018 | Thames-Side Studios Gallery, London FAKERS brings together eleven female artists whose work demonstrates a deep understanding of technical process. The exhibition explores how their contemporary methods are able to question and redefine historical and gendered notions of the term ‘craft’. The feminist politics present in the show does not conceptually underpin the individual works but arises through the material act of making.

For a ‘Faker’s’ exhibition, I will be showing a video work focused on a
series of paintings ‘Bathroom’ by Pierre Bonnard. A white bathtub,
colourful tiles, and a naked woman Bonnard’s beloved wife Marthe are
depicted in the paintings from the various perspectives. This series is
one of Bonnard’s masterpieces and has been giving a great inspiration
on artists after him. What I found interesting about the paintings is the
lapse of time in the bathroom. Considering the years when the series
was produced, Marthe should be an elderly woman; however, her body
in the canvas is depicted as a youth as if she never ages. There, I
formulated a hypothesis that the bathroom is a different spatial
dimension that generated by vibration caused by paintings made by
Bonnard himself where time flows differently from the real-time axis.
If this hypothesis is correct, perhaps Bonnard and Marthe are still in
the bathroom and might be making a painting, so I decided to peep
into the bathroom via Bonnard’s dog that often appears as a model of
the painting other than Marthe. I will convert the memory I’ve seen as
Bonnard’s dog into video work. 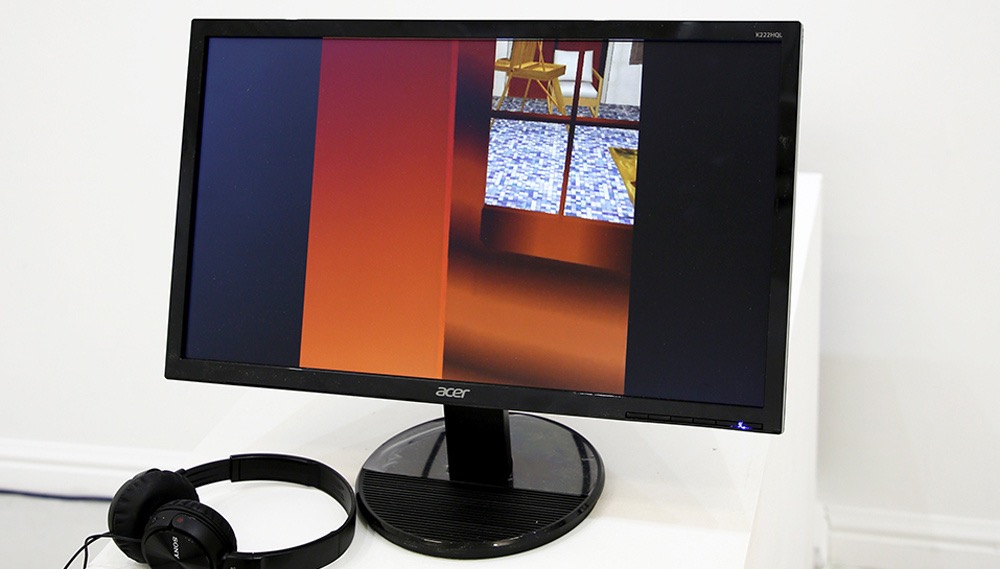